A good author has an even better editor, and they deserve every dollar earned. 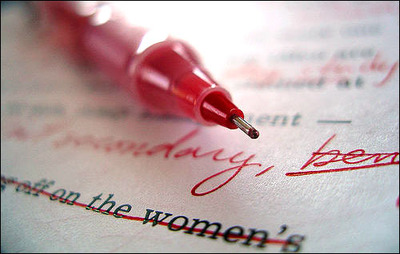 I really don’t care for ‘recap the year’ type stuff. A year is a time that has come and gone. If I produce any level of productivity in my writing and art, wonderful. If not, that’s normal as half the process is the writing in my mind.

This year has been far more productive, but with a few difficult starts to keep the momentum going. I just went with the flow. My editor, a friend on FB, had answered the call to take on copy edits for my book. She had never done this before but was intrigued to go with it for experience. She had always wondered how some of the processes of producing a novel happen.

From January to May, I was in overdrive to finish revising Act 1. My beta reader on Reddit from 2020 in October to December had found the mistakes. We brainstormed together and I figured it out with his help. Once learning what needed to be added and other stuff moved over to book 2, it was smooth sailing. Then the damn heat of summer slowed me down to a crawl. During that time when there was a break in the heat from June to August, I worked on the outline for book 3. All the while waiting for my beginning editor to finish her sections.

From August to November, she was on a good roll with the work in how she found basic mistakes and tightening sentences and changing the wordiness of spots that needed it. I loved her work. She found things I hadn’t even thought of. She kept the feel of the story as it was. Never overstepping. She feared that so much. But I kept assuring her she was doing a fantastic job. Yet, stupid Covid haunted her family and herself. Along with other family changes that came into her life, it slowed the work. I didn’t want her to forcefully push herself, so I let her have the power to let go of the project. However, I’m keeping her in my back pocket for future editing needs. God damn, she’s good. I wish I had her as a English teacher back in the day I was in school.

So, here it is, December. Took a few weeks off in late November to think things through and plan a form of attack in how to go into finding a professional editor through Reedsy. A more serious look into it, since Act 1 and the last few chapters of Act 3 had been seriously overhauled.

I had to work a power of elimination with the book blurb to become a 120-word size blurb to attract an editor and possibility a new beta reader on Reddit. I have my first Reddit beta reader who will be reading the repaired Act 1 since he hadn’t seen it yet. Then another friend on FB, even though the holiday season is classically crazy for everyone, he’s promised to go through my book blurb after he’s done reading draft 4 of the book as it stands. Reddit beta reader buddy has already edited the blurb a bit and another fellow author has, too, but it’s good to have a third set of eyes on it.

As for the Reedsy contracted editors, 4 out of 8 are still in the running in the hopes to be picked. I have to get in touch with my boyfriend’s sister to see if seed money to pay for the editor is possible. At least I have 2 editors who have given their estimates, which can later be negotiated in payment time and price. At least I know about how much I am expected to pay which is $1,500 to $2,500. Mind, that includes Reedsy fees for database upkeep of $175.

As for my beginner editor from August, she learned a lot. It takes a whole hell a lot of concentration in the details to make the book shine. From her help, from what she was able to do for the edits, I learned a lot about my hang ups as a writer. I noticed the comment mistakes I made. All seasoned authors still make basic mistakes as I did. That’s why the adage – a good author has an even better editor. Editors are the unsung heroes of every single fiction and nonfiction book out there.

I do hope one of these Reedsy editors is able to do their magic for my novel. I hope I can pay them. They deserve every single dollar they make.